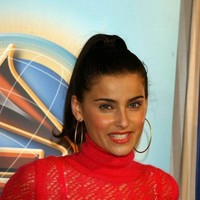 (Verse One: Black Thought)
Listen, I got you phobic off of this like arachnids
Drastic, it ain't plastic it's Pro-Blackness
Grown man tactics, no pediatrics
the kind of track that make the comeback miraculous
the catalyst, Thought with the knack for splashin'
I'm dashin' I mastered the craft of mashin'
The level-headed throughbred, the female's passion
Mag-netic attraction be keepin' them askin'
The crews in the Cadillacs with the Pendergrassin'
Swerve half-naked, won't come near crashin'
But if I go to heaven, would y'all know my name
or would it be the same for you like I was Eric Clapton, huh?
Clap for you freedom dog, that's what's happening
My spit take critical political action
The hustle is a puzzle each piece is a fraction
And every word that's understood is a transaction
I'm an S.P. soldier, microphone holder
Rep Philly set from Bolivia to Boulder
Paris, France to Tip and Tioga
How we gonna make it through the dark, I show ya

(Chorus: Black Thought & Nelly Furtado)
I tell you one lesson I learned
If you want to reach something in life
You ain't gonna get it unless
You give a little bit of sacrifice
Ooohh, sometimes before you smile you got to cry
You need a heart that's filled with music
If you use it you can fly
If you want to be high

(Verse Two: Black Thought)
Listen, yo kick off your shoes, jump off the jock
I fly higher than them dudes, from off your block
My name Black, the style is unorthodox
It tap chins in your mens 'til you thought could box
A couple of people wanted Thought to stop, but guess what?
https://www.coveralia.com/letras/sacrifice--feat--nelly-furtado--nelly-furtado.php
My man grab the missile, plug for the gut
Now next time beatty stop being such a glut
I'm precise with it like Faheim with haircuts
We up close on 'em with toast but no crust
It's fructose on 'em they froze and won't bust
Choke on your face you jewels is lacklust
Got to put it to you straight, y'all fools is jacked up
Came close to the upmost but no cigar
Nose to the grindstone, head to the stars
The number one runner with the number one drummer
Grammy award winnin' it's the world's eighth wonder
Come on

(Verse Three: Black Thought)
Your first impression might be I'm a asshole
Or say I'm sometimey and give people a hassle
Or try to suntouch and put the heat in the capsule
Dog I'm far deeper than that though; I get in the zone
Recognize I'm a rolling stone
No time to lollygag or lounge with scaliwags
Give me the disc or I put it where your body at
Old school spit flow laid over Trotter tracks
With no apology fraud or trick-knowledgy
Just trust, what I see and I say and follow me my way
I read an open booklet inside me
The star of the story that groove teller got me
Through all the dark times part of the business
The light be contingent on small forensics
My microphone'll make a man a newborn infant
It's true so the crew gon' sense it
I get in the zone

The fact of the matter is a matter of fact....