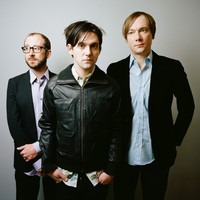 The indecencies of city streets, the cleaners' sweep in trucks from nine to noon.
And the factories make clouds to keep the sun from being jealous like the moon.
While the husband holds his house, he hates his children for being green when he is gray.
And his wife, she likes to talk on telephones but just to people far away.

Well, the big surprise was televised.
On a crowded couch, their eyes grew wide and wet.
Oh, was it really such a sad event?
You could capture this with camera clicks but it don't exist, just light on negatives.
Another number on a birthday cake.
You should act your age.

We were hungry for a holiday, won't cooperate with the calendar we found.
We just scattered snow like Styrofoam and sang our Christmas carols all through town.
And the voices soared, the people joined. With silver coins, they filled our coffee cans.
https://www.coveralia.com/letras/hungry-for-a-holiday-bright-eyes.php
And we all agreed that charity was much in need. Yes, a noble cause at that.
And I met a man, a mannequin who stood so still, I know he was afraid.
And he preferred a place of permanence to this awful guessing game of choice and change.

But the big surprise was televised.
On a crowded couch, our eyes grew wide and wet.
Oh yeah, it's really such a sad event.
You can't capture this with camera clicks. No, it don't exist, just light on negatives.
Another candle on a birthday cake and a wish you make.

Well, if the costume fits, keep wearing it but no Halloween could quite account for this.
I guess you're getting into character.
Just be yourself if that would help or sink completely into someone else.
You've dreamt of mountains but sometimes a hole is more comfortable.