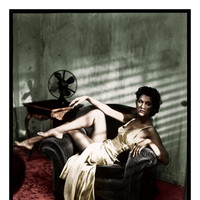 A brown eyed girl in hand-me-downs
Whose name I never could pronounce
Said, "Pity, please, the ones who serve
They only get what they deserve.
The rich relationed hometown queen
Marries into what she needs
A guarantee of company

And haven for the elderly"
https://www.coveralia.com/letras/at-seventeen-celine-dion.php

We all play the game and when we dare
To cheat ourselves at solitaire
Inventing lovers on the phone
Repenting other lives unknown
That call and say, "Come dance with me"
And murmur vague obscenities
At ugly girls like me at seventeen